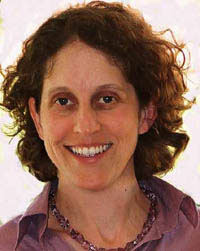 Gender: Female
The material on this page is available to AustLit subscribers. If you are a subscriber or are from a subscribing organisation, please log in to gain full access. To explore options for subscribing to this unique teaching, research, and publishing resource for Australian culture and storytelling, please contact us or find out more.

Anne Pender is (2016) Professor of English and Theatre Studies. She held an Australian Research Council Future Fellowship from 2012-2015 and conducted a major study of Australian actors on stage, television and film. A Menzies Scholar to Harvard University and graduate of the Australian National University and the University of New South Wales, Anne taught Australian Literature at King's College London in 2002-03 and was Visiting Distinguished Professor of Australian Studies at the University of Copenhagen in 2011-12. Anne's books include Christina Stead : Satirist (2002), Nick Enright : An Actor's Playwright (2008), One Man Show : The Stages of Barry Humphries, and, with Bruce Bennett, From a Distant Shore : Australian Writers in Britain 1820–2012 (2013).

In 2016, AustLit published a collection of essays detailing the lives and careers of some of Australia's best known actors, entitled: Players : Australian Actors on Stage, Television, and Film.